The place is London. The time is around midday when I get to glancing through the glossy pages of the The Telegraph weekend colour supplement. The next few moments are frozen in time. Transfixed, by several pages of striking, evocative photographs capturing life in the Black Country. Born in York, educated at York School of Art and relocated to London to work in advertising, had you asked me where the Black Country was, my answer would have been a blank stare. 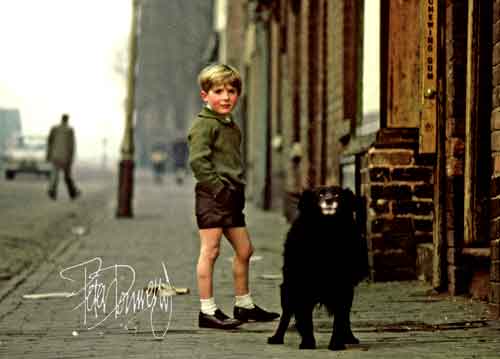 Such was the impact of the vivid, graphic images, fifty five years later, I am able to describe several of the 1960s industrial landscapes and street scenes caught by the photographer. His name is Peter Donnelly. His extraordinary creative eye framed dramatic Black Country scenes and skylines; local folk at work in steel-works; flaming foundries in full flow; grimy railway sidings, kids playing football in paved streets and working narrow boats navigating oil stained canals. Unbeknown he was recording history in the making. The result presented him with an award of repute. 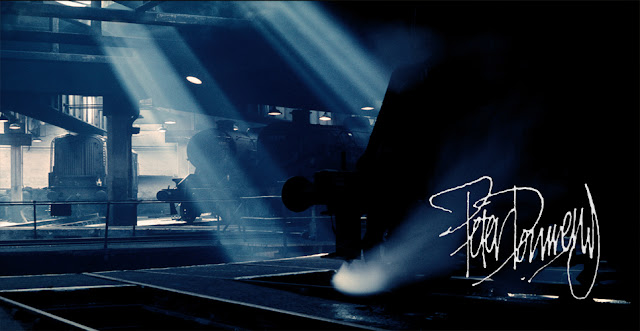 The lad who adopted the Black Country as his home, had won The Daily Telegraph photography competition for the year 1962 and along with it national recognition, with his pictures published in the newspaper's weekly colour supplement. A few years later, destiny would allow me to befriend the cameraman who precipitated my love of the Black Country. Fast forward six years to 1968 and I was living and working in Birmingham. I'd moved to the West Midlands to join the advertising department of American car giant Chrysler which had just completed the acquisition of Rootes Group, famous at the time for manufacturing vehicles with the time honoured badges of Sunbeam, Hillman, Humber, Singer and commercial work-horses, Commer, Karrier and Tilling-Stevens. From my office in the former Singer car factory, built in 1927, in Small Heath, Birmingham, an early priority was to hire creative marketing consultancies charged with the objective to beef up the corporate image of the newly formed Chrysler UK. Included in that search for fresh creative expertise was a company by the name of Donnelly Burns Davies. 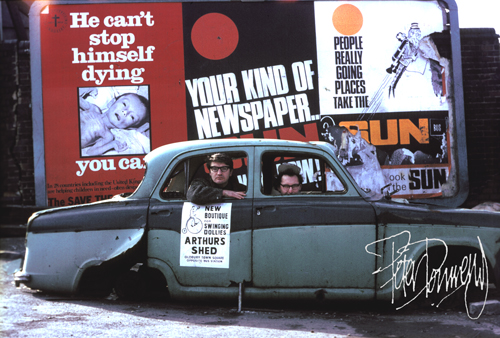 How lucky was I to be able to meet and become mates with Peter Donnelly the photographer who years earlier, had captured the images which gave me an unforgettable pictorial vision of an area in Britain, which did not figure on any UK map? In a BBC Midlands news programme, filmed around 2001, against a backdrop of Delph Locks, Peter recalls the scene as it was almost forty years earlier, pointing to the former site of an open cast mine and reliving the striking silhouette of the long gone blackened chimneys of the brick works he had photographed, and the distinctive smell of the clay being fired. Quizzed by TV presenter John Yates, Peter described himself as a "Brummie Graphic Designer who simply loved taking pictures." Asked if he knew how important his photographs would become, Peter's response was: "As far as I was concerned they were just great photographic visual images." Clearly the Black Country had captivated his heart and soul, shown so eloquently by the profound verses he added to some of his images. 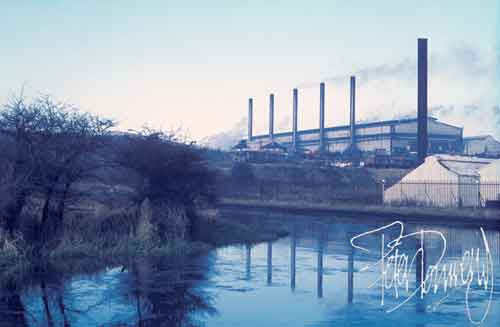 Many of the photographs so expertly taken on a £12 second hand camera appear to be the result of early morning or evening walks along canal towpaths, when the light was ideal in capturing the atmosphere of a region on the cusp of transition. The factory, the foundry and the coal mine were declining temples of the economic contribution to Britain's industrial heartland. The families that operated and lived aboard the canal narrowboats were literally dying out; the sound, the smoke and the smell of the humble shunting engine or majestic express steam train were soon to disappear for ever. Born in 1932 in Birmingham's suburban Washwood Heath,. Peter attended the much-revered Moseley School of Art, eventually to practice his skills by joining the creative team at Severn Advertising in Kidderminster. Presumably the move west from Brum and the need to set up a family home with wife Pam helped the decision to establish firm roots in the Black Country at Cradley. 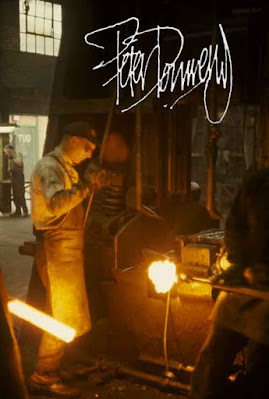 In the eighties, the business of Donnelly Burns Davies was flourishing. I was a regular visitor to the firm's graphic design and photography studios, which occupied Shakespeare Buildings, a landmark Victorian property — perhaps once a fine gentleman's residence in Cradley Road, Cradley Heath. Could this have been the home of Joseph Shakespeare of the renowned forging works in nearby Cox's Lane, Old Hill? I have vivid memories of a workplace fuelled by instant coffee and laughter. Peter had a most mischievous laugh! The client list read like a who's who of Black Country firms that gave employment to tens of thousands of workers in the area. The need for more space saw the company relocate to Harborne and the creation of two studios, one for fashion and furniture shoots and a sizeable drive-in studio geared up for the production of glossy sales brochures for motorcars including Rolls-Royce and Bentley. This was no ordinary building, inherited by no ordinary creative business. It was the former headquarters of what was certainly one of the world's most famous toy manufacturers. Dating back to the nineteenth century Chad Valley Toys — named after the local Chad brook - was a brand name synonymous with several generations of children's Christmas stockings. In the firm's later years of development the leap from Chad Valley to Birmingham city centre coincided with a change in company name to Donnelly Burns Nicklin. For Peter the same adopted home address in Cradley remained a constant factor for the Donnelly family - now occupied by son Simon. Priceless On a sad day in 2005, the Black Country lost a genuine character. One who made his mark through a passion for photography that has allowed us to inherit a priceless archive of historical images. recording the changing industrial and cultural heritage of the 1960s. 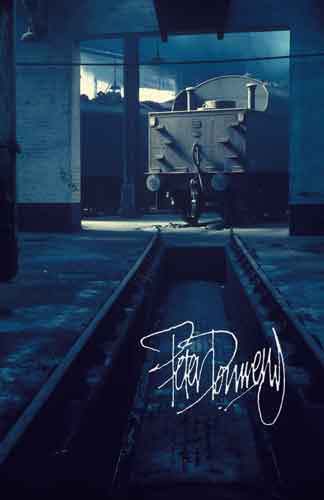 It is our good fortune that this unique collection of over a hundred photographs have been lovingly transferred from original colour film to modern-day digital images by Simon.

Some have been seen at exhibitions and in print such as the Black Country Echoes event in 2014 celebrating people. landscape. industry and art today, the short-term objective is to give wider access to Peter's images via The Black Country Bugle with a longer term vision to establish a permanent visitor exhibition in the Black Country. A very fit-ting legacy that would be. 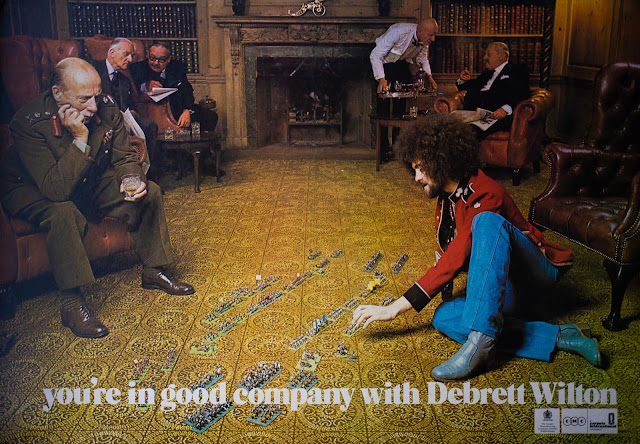 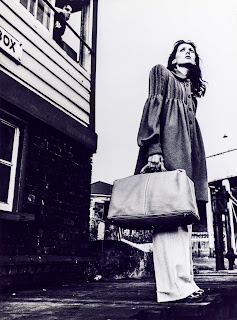 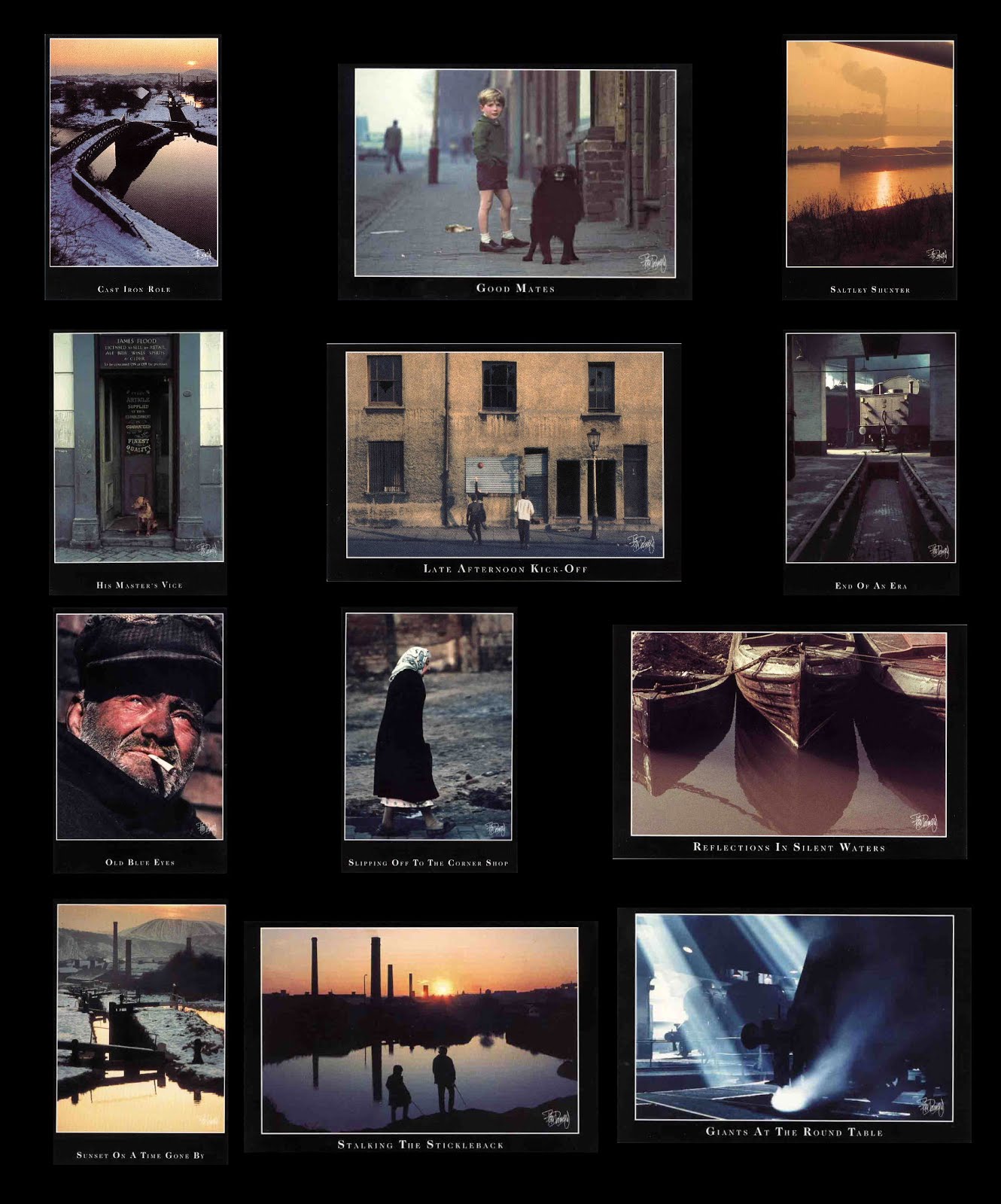 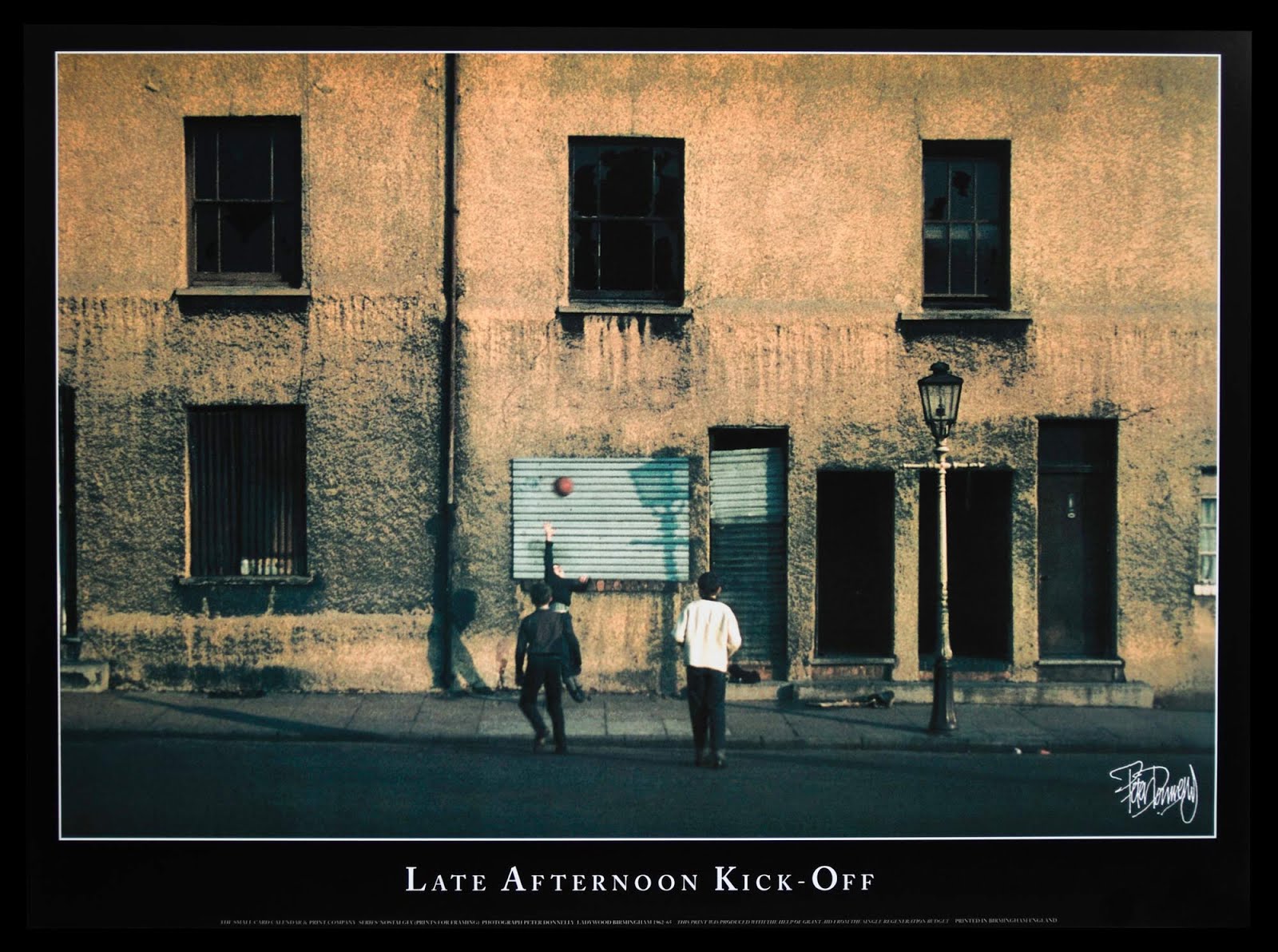 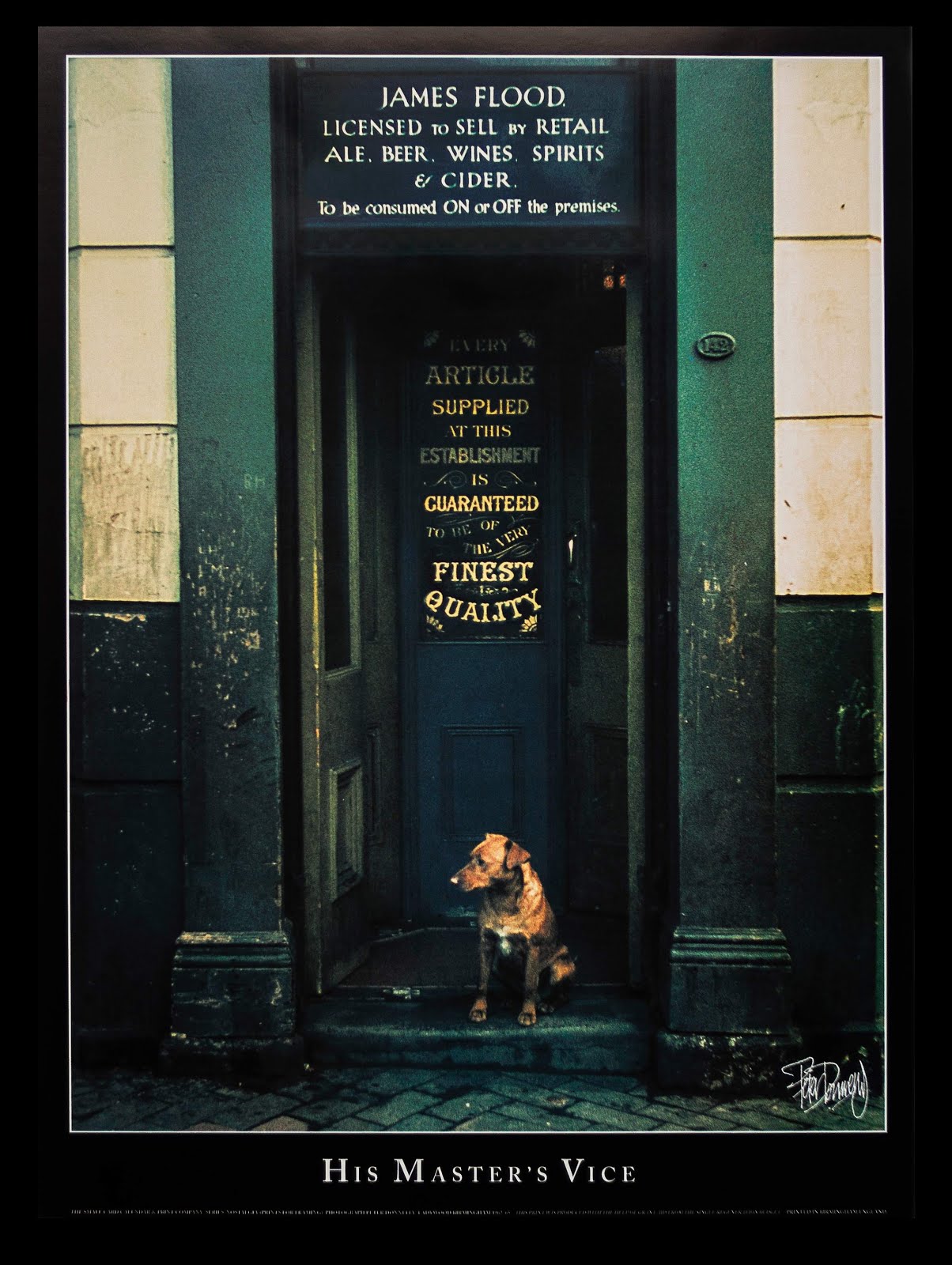